Haida Gwaii and the BC North Coast

The “Misty Isles” of Gwaii

Pristine, mystical, stunning…these islands have been described dozens of ways, in many languages (primarily Haida and English). Blessed with an incredible wealth of natural and cultural history these islands offer visitors an experience spiced with adventure and awe. 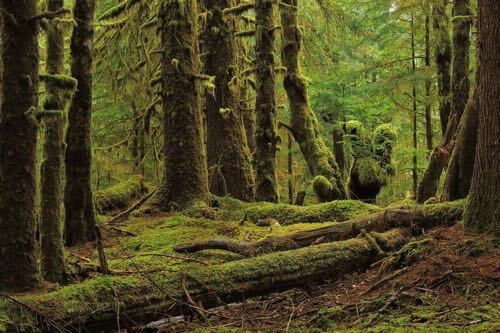 The Haida Gwaii First Nations are famous for their unparalleled natural beauty and vibrant culture. Their argillite carvings, totem poles and ancient Haida villages attract visitors from around the world. If you take a break from the fishing (or if some of those in your party want to try some exploring on land) there is the majestic Naikoon Park, featuring Tow Hill, and many symbolic Haida landmarks. There are also hiking, biking and eco-tour adventures as well as whale-watching trips available.

Because of its isolation and unique biodiversity, Haida Gwaii is considered to be the “Galapagos Islands” of the Pacific Northwest.

Sheltered from the open Pacific, these fishing grounds produce an abundance of fish over the course of the summer that rivals any locale in Canada or the US. 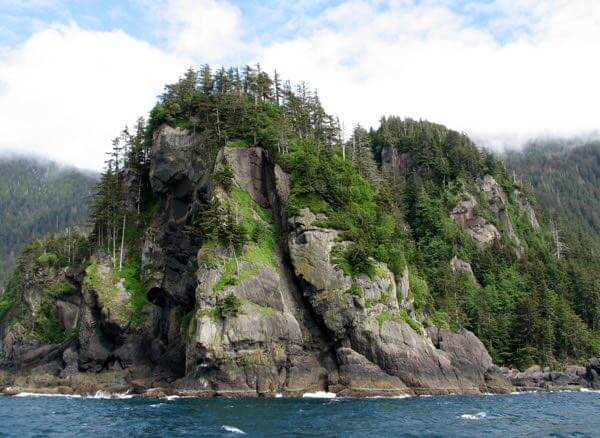 The northern coast of mainland British Columbia is a unique region made up of rugged coastlines, a network of inlets, fjords and channels, small coastal communities and ancient island archipelagos.

Born of a complex interaction between ocean, mountains, forest and rain, the Great Bear Rainforest is the largest intact temperate rainforest in the world. Stretching for more than 250 miles along the coast, the 21-million-acre wilderness is sometimes called the Amazon of the North. The vast, sodden land encompasses 1,000-year-old cedars, waterfalls spouting off the sides of moss-covered mountains, granite-dark waters, and glacier-cut fjords and rich salmon streams.

The region is covered in mountain ranges, with many dropping into deep valleys filled with rivers and lakes. The rivers and lakes include various types of trout, whitefish and bottom fish. Many BC rivers are spawning rivers also.

Swimming in rivers lined with old Sitka spruce, firs and various cedars that are often 100m (328′) tall and 1,500 years old, salmon are the lifeblood of the forest and the creatures that call it home. Bears gorge themselves in the rushing waters every summer in stunning displays of primeval forces of nature.

For decades the Bulkley and Skeena rivers were a traditional fishing spot for the First Nations people. Even today, the traditional ‘gaff poles’ are used by the First Nation people for catching fish. The Skeena River system and its tributaries are famous for world class Steelhead and Salmon fishing. 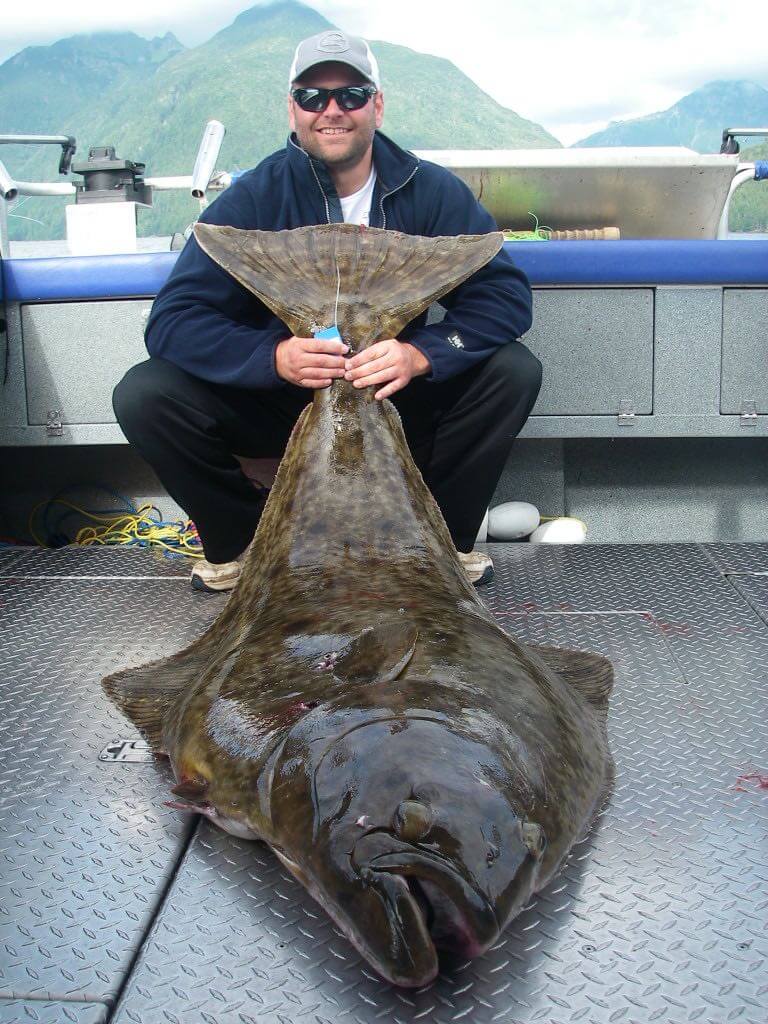 The northern coastal region of British Columbia is a salmon angler’s paradise. It’s is an ideal location to intercept the southern migration of salmon when it’s time for them to spawn. The relatively shallow waters, full of baitfish and plankton, provide the perfect habitat for hungry salmon just beginning their homeward migration. Salmon begin to migrate down from the Gulf of Alaska in March and arrive by April on the west coast of Haida Gwaii. They continue to migrate throughout the summer as wave-upon-wave of salmon feeds in the rich waters.

What makes Haida Gwaii and the BC north coast great for sportfishing is that it has a pristine habitat that produces huge schools of herring and other baitfish to hold migrating salmon in the area while they ferociously feed in preparation for their journey to their natal rivers and streams to spawn. The marine ecosystem offers a rich abundance of nutrients for all levels of the food chain.

Whether they are headed to the major river systems of mainland BC, the US west coast, or the many of the streams and rivers on the west coast of Vancouver Island, these fish must first pass Haida Gwaii and the north BC coast. Literally millions of salmon swim past every year. Before making their way down the BC coastline, they go one of two directions around the Haida Gwaii islands. Because it is still early in their journey, the fish haven’t tired out at this point.

The conditions are perfect for fishing, with some of the biggest kelp beds in the world, hotspots in close proximity to shore, and un-crowded fishing grounds. Under some conditions the waters around Haida Gwaii can develop swells or become choppy. Some areas of Haida Gwaii, like Cartwright Sound has many well protected bays and inlets that offer calm waters even in the worst of weather. In most cases, regardless of the weather, fishing vacationers can enjoy an entire trip of great fishing without ever heading out into rough or open water.

Targeted saltwater species include all types of salmon, halibut, and a variety of bottom fish including lingcod, rockfish and snapper (or “yellow eye”).

All five species of Pacific salmon can be found here. Chinook (King) salmon will range from 15 to 70+ pounds—many in the “Tyee” class (30+ lbs.), and Coho (Silver) salmon from 7 to 20+ pounds. Chum, Sockeye and Pink salmon are also encountered here. At certain times of the season you can easily catch 3 or 4 different salmon species in a day. 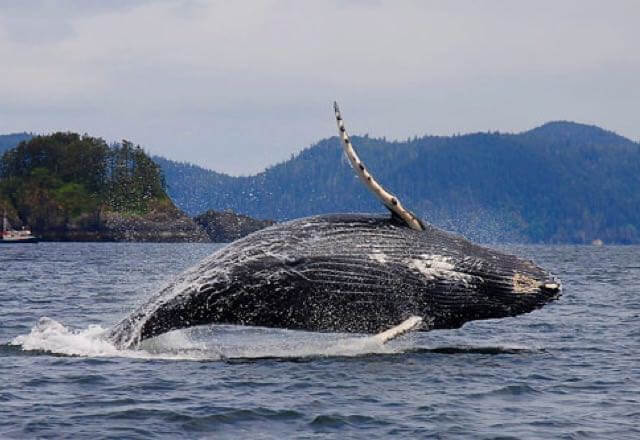 Few places on earth play host to a greater variety of living creatures than Haida Gwaii and the north BC coast. Whales, especially humpback and killer whales, are the most dramatic of the creatures that can be seen here. Dolphins, porpoises, sea lions, bald eagles, and many other fish, bird and marine mammal species are also commonly seen.

The north coast of mainland BC is home to the ‘Spirit Bear’ or Kermode Bear, a rare white subspecies of the black bear. Tours based from some fishing lodges are available to view this majestic, yet seldom seen bear. The area along the coastal mainland is known as “The Great Bear Rainforest” and is home to a large population of wildlife including grizzly bears, black bears, cougars and wolves.

Large expanses of the islands have been designated as protected and much of it deemed parkland including the famous Gwaii Haanas National Park. The sheer remoteness of the islands attracts tourists and outdoors enthusiasts from around the globe.

Northwest Fishing Team is in the heart of Haida Gwaii, approximately 100 nautical miles off of the BC coast, the first point of land that fish get to visit to feed on their return home of their life cycle. This small lodge offers luxury from the accommodations to the food, and the owner who is also a very experienced guide strives to ensure guests have a 5-star, unforgettable experience.

Great Fishing, No Crowds, Stunning Scenery
Do you want a totally unique experience of the magical Galapagos Islands of the North? Queen Charlotte Safaris Lodge in one of the most beautiful sanctuary settings the west coast has to offer. This hidden gem offers world class fishing, lush rain forests, ancient totems, secluded hiking trails and sandy beaches that will take your breath away.