Sportfishing on Vancouver Island and the Gulf Islands

Surrounded by the rich waters of the Pacific Ocean, Vancouver Island is one of the largest populated islands in the world, and offers a range of landscapes: from dramatically rocky coastlines, sheltered bays, deep lakes, hills lined with vineyards to snow-capped mountains, ancient rainforests and the sandy, windswept beaches.

Vancouver Island is known worldwide for it’s fantastic freshwater and saltwater fishing. A fishing vacation on Vancouver Island can best be described as quality, varied and accessible. From Victoria, which was named the number 3 city in Canada by Condé Nast, in the south to the rugged fishing town of Port Hardy in the north and Ucluelet and Tofino on the west coast, you are never more than a few minutes away from quality angling opportunities and accommodating fishing lodges. 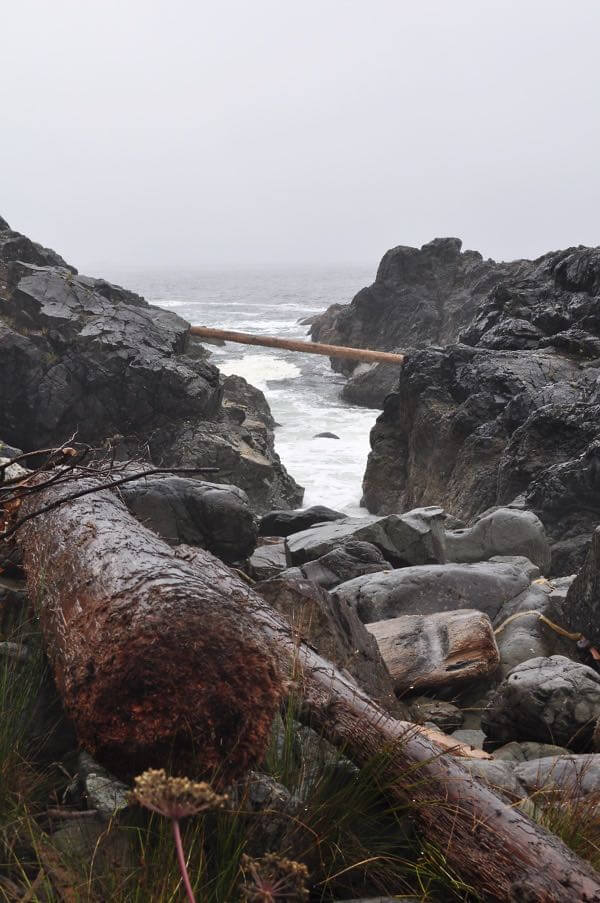 The west coast of Vancouver Island in particular offers very productive salmon and halibut fishing charters. West coast fishing guides will tell you that most of their guests catch their limit in chinook (king) salmon with fish weighing 20 pounds or more being the norm. It’s common for Vancouver Island fishing charters to go for both salmon and halibut in the same trip. You can also expect to catch ling cod and a variety of rock fish.

The best time to come to the west coast of Vancouver Island for salmon fishing is June through September. Though the chinook (king) salmon fishing may have slowed down in late summer and early fall, many welcomed runs of sockeye (red) salmon head into the region this that time of year. Late summer is also a better time to fish for coho (silver), chum and pink salmon.

Port Alberni is located midway to the west coast from the east coast and is nestled on a long inlet that reaches to the Pacific Ocean at Barkley Sound. The Alberni Inlet is renowned for its spectacular sockeye (red) salmon return in July. This fishery requires you to be on the water before dawn, but like they say, the early bird gets the worm (and their limit’s worth of delicious sockeye salmon!)

You can try your luck at landing a Tyee salmon off the east coast of the island near Campbell River. Tyee means “the Chief” in the region’s indigenous language and it the name given to salmon caught weighing 30 pounds or more. Salmon fishing lodges invite you to try to catch one of these trophy salmon to gain entry in the Tyee Club. The largest Tyee caught in the area to date weighed in at 61.5 pounds and was caught in 2013. 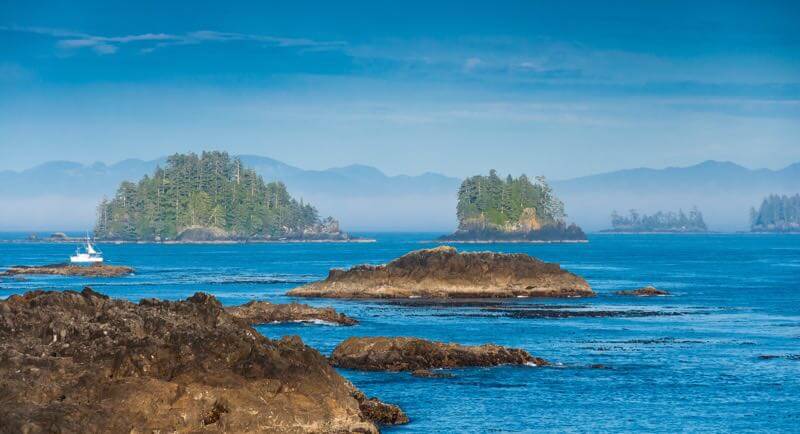 Vancouver Island’s southern peninsula enjoys a long season of salmon and halibut fishing. With easy runs to the fishing grounds and consistent fishing nearly all year long, this area has become one of BC’s best-kept Salmon fishing secrets. In late summer and early fall, inshore boat fishing for coho (silver), pink and chum (dog) salmon are also available. These can be targeted by a variety of techniques, including fly fishing, lure casting, jigging and trolling.

For freshwater fishing, hundreds of lakes, streams and rivers throughout Vancouver Island offer steelhead, rainbow and cutthroat trout, Dolly Varden and Kokanee. Gold River, Stamp River and Cowichan River are favourites of anglers and are all accessible by car. The island’s moderate temperatures mean many of the lakes and rivers never freeze, providing year-round angling, much of it easily accessible. 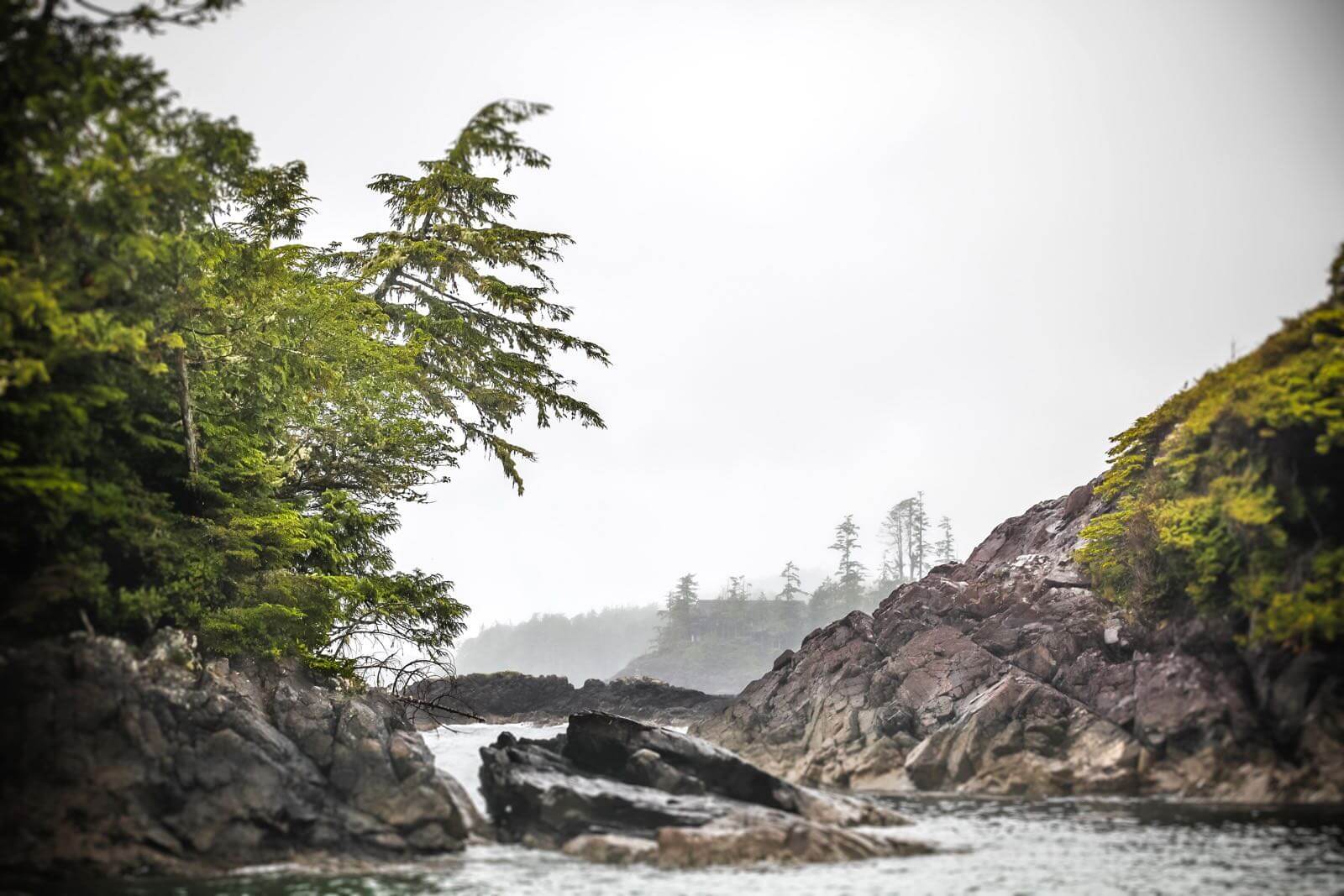 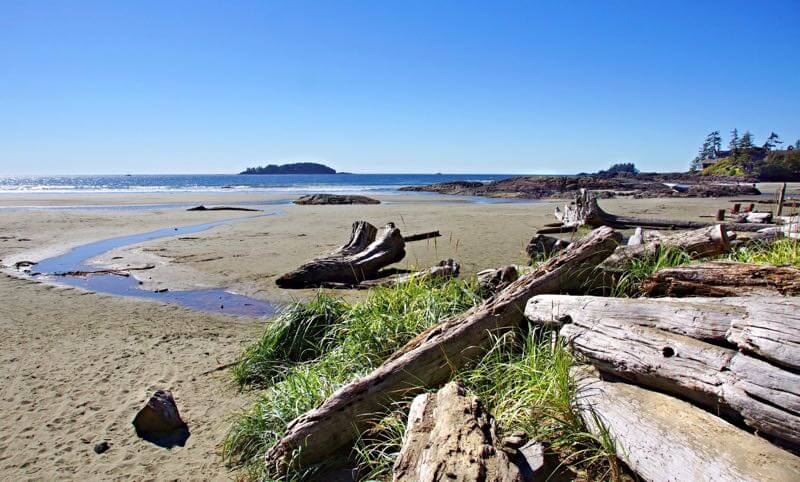 While you’re visiting Vancouver Island for your fishing vacation, be sure to make some time to visit the Pacific Rim National Park Reserve. This national park is one of Canada’s greatest treasures and is made up of three separate units: Long Beach Unit, Broken Group Islands and the West Coast Trail Unit.

The Long Beach section is easily accessible by car and is located on the west coast of Vancouver Island between the villages of Ucluelet and Tofino. After your west coast salmon and halibut fishing charter, take a drive out to Long Beach and enjoy over 16 kilometres of wild and virtually untouched beach! Pack a picnic lunch, go beachcombing, learn about the regions rich history and culture at the Kwisitis Visitor Centre and see giant old growth cedars and Douglas firs on one of the many walking trails in the park.

The West Coast Trail stretches 75 kilometres from Bamfield to Port Renfrew. As one of the most famous backpacking routes in Canada, this multi-day trial takes hikers along temperate rainforest, sandstone cliffs, waterfalls, caves, sea arches and beaches.

For sheer convenience without compromising fantastic salmon and halibut fishing, Vancouver Island Lodge can’t be beat. 45 minutes from Victoria, and they’ll pick you up at the airport or either ferry terminal.

Located at the north tip of Vancouver Island near Port Hardy, Duval Point Lodge is one of the few lodges on Vancouver Island that offers self-guided fishing. If you prefer to bring your own boat, you can keep the price very low yet still have access to some fantastic scenery, a protected bay, comfortable accommodations and the expertise of the owners in catching some of the millions of salmon which migrate down from the north Pacific each year and bass right by the lodge. The area is also one of the coasts’ most productive bottom fishing areas, producing ling cod up to 70 pounds, halibut to over 200 pounds and a variety of rock fish.

Located in Kyuquot, BC, one of the only remaining, relatively untapped, accessible saltwater fishing meccas along the west coast of North America. With a staff to guest ratio of almost 1:1, the service provided at Walters Cove Resort is exceptional.

The mantra of “Location! Location! Location!” definitely holds true for Nootka Sound Outpost. Fans of a eco-tourism approach to fishing vacations will enjoy cabins are nestled in lush old growth forest, carefully selected to offer privacy in this natural West Coast setting. This area of Vancouver Island is spectacular and pristine, with breathtaking views everywhere, abundant marine and land wildlife, and of course, salmon and massive halibut in huge numbers.

Places like Eagle Nook Resort must be classified as 5-star “luxury resorts”…but you get a lot of value for the money—even more so if you have US dollars. The guys at Eagle Nook will definitely take care of you, and you’ll catch lots of salmon and halibut.

Rugged Point Lodge is located in Kyuquot Sound on the northwestern shore of Vancouver Island, minutes away from the continental shelf, the Salmon Highway and our inshore fishery. Salmon, halibut and lingcod are only a cast away. The location is fantastic (and otherworldly) and it’s complimented by a beautiful and comfortable lodge where they serve high-end meals.

Coastal Springs Float lodge offers a truly special fishing experience. And “experience” is a key word, as the guiding team has a combined 90 years of it to share among only 8 guests at a time. The floating lodge is situated in a protected inlet with calm water, lots of wildlife and fantastic salmon and halibut fishing (10-12 hours of guiding daily!)

Blackfish Lodge offers a custom-built floating lodge as a comfortable and cozy home base for delightful days of fun and relaxation. Here you’ll see stunning Canada wilderness scenery, abundant wildlife, and of course do great saltwater or freshwater fishing. The accommodations are as delightful as the hospitality, and the scenery is absolutely breathtaking—this is one of the most beautiful natural places in the world in our opinion!

This family-owned & operated charter company provides some of the safest boats and longest hours on the water of anyone on Northern Vancouver Island. Captain Steve Cahill (who is also a red-seal certified chef trained in classic French and Italian cuisine) welcomes anglers of any age or experience level aboard his vessel for fantastic salmon, halibut, rockfish and even Albacore tuna fishing.